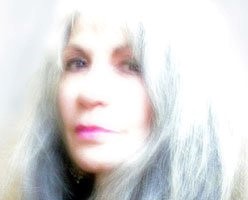 Aisha Ali is an internationally recognized authority on the dances of Egypt and North Africa. Following her successes in the United States, she performed widely in Europe and the Middle East. For over twenty years she directed her own folkloric ensemble, the Aisha Ali Dance Company.

In 1971, Aisha traveled to the Middle East to observe firsthand many traditional styles of dance not seen in the United States. She made subsequent visits to Egypt, Algeria and Tunisia from 1973 to 1997 to document folkloric materials that were fast disappearing. As a result, she has released twelve audio and video recordings.

In 1973, after performing as the featured soloist at the Municipal Theater in Sfax, Tunisia, the Maison de la Culture asked Aisha to form a local dance company. Later that year she stayed among the Ouled Naïl in Algeria, a tribe famous for its dancing women. Over the years she has frequently danced at celebrations in Upper Egypt with the Banat Mazin, a Nawar gypsy family of Ghawazee.

In the United States, Aisha directed the North African performers for the Los Angeles Olympics opening festival in 1984 and was a featured soloist at the grand opening of the LA Festival in 1993. In New York, in 1994, the American Academy of Middle Eastern Dance inducted her into their Hall of Fame. In 2000, she was an honored speaker and soloist at the International Conference of Middle Eastern Dance at Orange Coast College, and was later featured in an Egyptian folk dance program at Cornell University.

For many years, Aisha contributed articles to Arabesque magazine, as well as Habibi and various Middle East dance journals. Other publications, include an article on the Ouled Naïl published by the International Institute for the Study of Islam, the section on Egypt for the JVC/Smithsonian “Anthology of World Music and Dance,” and articles on Algeria and the Ouled Naïl in the International Encyclopedia of Dance published by the Oxford University Press.

In addition to teaching classes at her Los Angeles studio, Aisha gives lecture/demonstrations at universities and conducts workshops and master classes throughout the world.  At present, in addition to teaching and performing, Aisha devotes time to oil painting and writing her memoirs, as well as an ongoing project to update her unpublished collection of music and films to the latest digital form.